It appears that, even when you’re recreational, unracer cyclists like us, buying the bike isn’t the end of the matter. It’s only the beginning because there’s suddenly this whole world of other crap you need to buy.

Well, okay, maybe need isn’t quite the right word. Neither is crap. You need some of these things. You want the rest of it.

That’s what we’re like. When we get into something, we buy all the kit. The retail therapy is part of the fun.

Obviously we had to have water bottles, and cages to put them in. And we had to get panniers to carry cameras, snacks for us and treats for the dogs. And lube, grease, pumps, tyre repair kits and other tools. And locks. These things are all basics.

We got helmets. Whether those qualify as necessities is still a matter of debate, but we got them anyway. We also bought gloves – the fingerless kind. Those look a bit too ‘taking myself seriously as a cyclist’ for my taste, but they do help with the arthritis.

I’ve bought toe clips (and no, we won’t be buying those stupid click-in shoes that are impossible to walk in). Trish has bought the wonderfully euphemistic ‘buttonhole’ cream, which I’m sure she’s hoping she won’t need. She also has reflective ankle bands, which I don’t think are connected. And I bought her a saddlebag (pink, of course) for … well, whatever it is women put in bags.

As a geek, I needed some way of attaching my iPhone to the bike so I can run a suitable app (I’ve gone for Cyclemeter). And although our bikes will come (one day) equipped with lights, at night my preference is to be lit up like an Xmas tree, so some USB rechargeable lamps were in order. 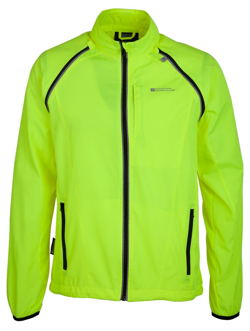 And yes, we’ve succumbed to some bike clothes – not the kind that make you look like a Tour de France fantasist, and no Lycra (most definitely no Lycra). Mostly rainwear because we live in Normandy.

The most expensive purchases were the Thule towbar-mounted bike rack for the car and the DoggyHut bike trailer for the … well, dog.

Being the sort of people who read, we also bought a couple of books. I used to have Richard Ballantyne’s book – considered something of a bible at the time I bought it. That’s disappeared – probably gave it away when I thought I wouldn’t be doing any more cycling. So now we have Grant Peterson’s Just Ride and a bike maintenance book that, judging by the early chapters, is way too oriented towards people who do idiotic things like set goals and ‘push’ themselves. It has the tone of a book infected by the cult of racing. But there’s some good, practical stuff in there, too.

And I’m sure it won’t end there.

The reason I bring this up is that we’ll be reviewing everything we’ve bought once we’ve had the chance to thoroughly test it. After all, we probably bought too much crap, and we might be able to save you a few pennies.