We discovered our local voies vertes (greenways) last year and thought we were the only people who knew about them. It was an easy error to make, because the density of walkers, cyclists and horse riders is so incredibly low. Some days we’ll walk the local greenway and not see another soul. 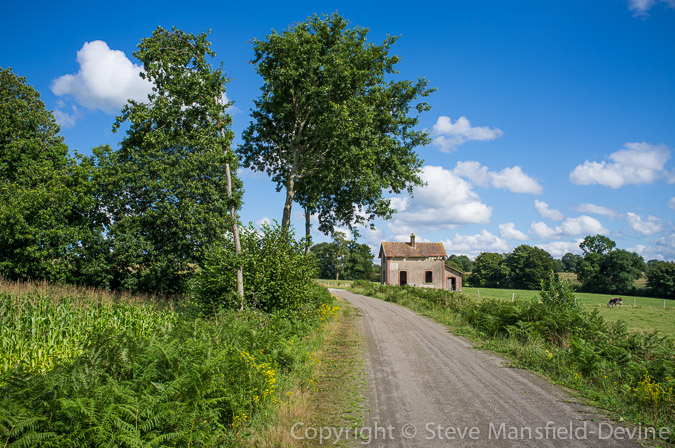 It turns out our favourite stretch is part of the nationally important and very famous V40 Véloscénie route that runs 470km from Paris to Mont St Michel. The section we use is on the final leg between our local town of Domfront and the Mont – around 80km of unbroken converted railway line banned to motorised traffic. It’s bliss and we can’t wait to ride it on our bikes (whenever the buggers finally show up).

We have a preferred place for joining the voie verte. On very hot days we’ll generally turn west because it’s mostly shady and we know there are points where the dogs can get to a stream to drink. But there’s also something that draws us east.

You can often spot where a voie verte crosses a road because there’ll be a tiny station house. These seem to pop up every few kilometres. On the eastward stretch, though, there’s an abandoned station house, along with old level-crossing gates, but no sign of a road. 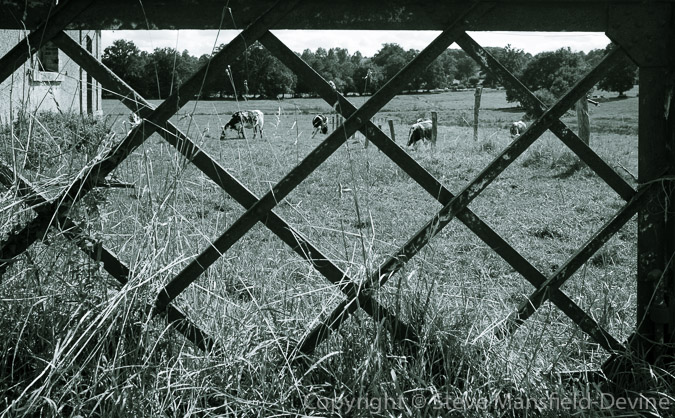 The house is actually in reasonable shape. Someone has removed all the oak floorboards and stacked them neatly in the outhouse. The house itself sits in a field usually occupied by cows. On the other side of what was the track, the level crossing gates lead to a maize field. If there was a road here (and we assume there must have been) it’s now long gone. 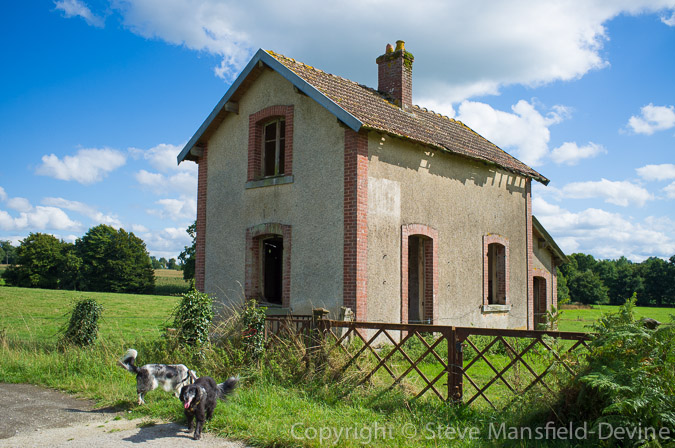 And so started our fantasy – that we would buy the house and convert it into a tea shop, selling refreshments to passing cyclists and walkers. Let’s ignore the difficulty of getting running water and electricity to the property. And the fact that the low level of foot and wheeled traffic means we’d have hardly any customers. These things are details to be worked out later…