I got my first bike when I was six. It was Christmas 1963. I have no idea how long I’d been riding it before I nearly killed myself. Probably a few months. 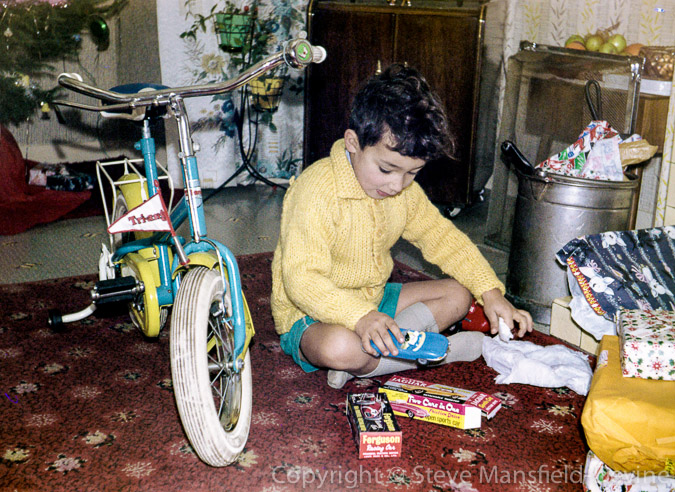 The bike was a yellow and blue Tri-ang, with stabilisers (soon dispensed with) and its name proudly displayed on a pennant on the front mudguard. I would come to wish that the manufacturer had spent less on flags and more on brakes.

I vividly remember the feeling of freedom, the sensation of speed. We lived a slow existence, then. Everything happened at walking or running speed, except for trips on the bus. But then you were trapped in a large box, separated from the world that you could only observe remotely. On the bike, I moved through the world, not alongside it.

Before the bike arrived, I used to walk a lot. My friends and I would roam the streets of Bexleyheath and the fields beyond. During school holidays we’d be out for hours, our parents barely giving a thought to where we might be. Back then, we were a simple people.

Traffic wasn’t something to worry about. One time, my mate Gary and I spent a happy couple of hours hiding in the undergrowth next to the ‘main’ road. We were putting plants of various kinds on the road so that the passing cars would crush them. I can’t recall why we were doing this, only that it seemed funny and/or important. The problem with our plan was that there were no passing cars, or very few.

We lived on a council estate, created during that great rush of residential building in the 1930s. There were probably 100 houses in the street. I reckon no more than two or three families owned a car. We occasionally borrowed one for holidays and to visit my brother at his approved school. Once a day the ice-cream van came by.

So it was a safe place to pedal furiously up and down the street – except for two things: the hill at the end of the road; and the fact that my bike had only one brake, on the front wheel. 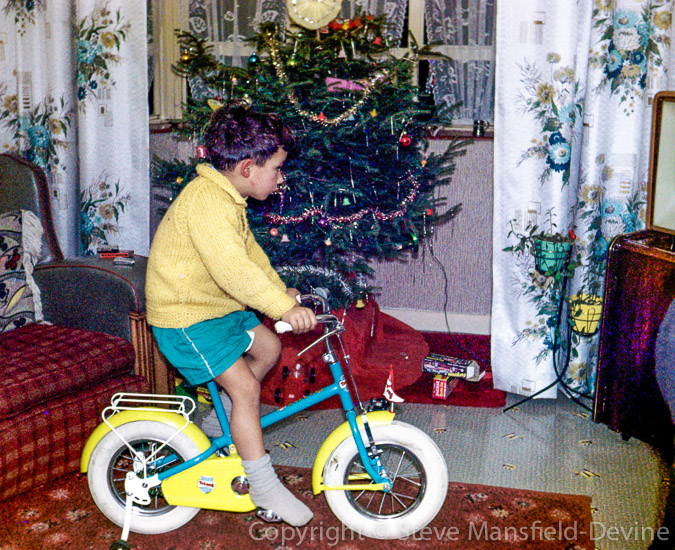 So, going downhill and braking hard was not a good combination. The sensation of speed turned into one of weightlessness and then no sensation at all.

I’d landed on my head. And, of course, in those days, when men were men and children short-lived, I wasn’t wearing a helmet.

I came around to find a kindly old man (he was in his thirties at least), crouching over me saying, “Where do you live?”. I must have remembered because I was delivered to my mother who tended to the scraped skin on my forehead and tutted over the slightly scratched bike.

My most vivid memory was of the nausea – a clear symptom of concussion. A trip to the hospital was out of the question, though. You got that only on special occasions, when some part of your body was becoming detached or there was a lot of blood. (I’d get that treat a couple of years later when my head was cut open.)

The experience left me with two things. One is a preference for using the rear brake on a bike. And the other is a life-long love of moving through the world at bike speed.