We’ve just bought new bikes. They’re not here yet (and we’ll tell you all about them when they arrive), but we’re very excited.

We live in France, the home of the Tour de France. But that’s not the kind of cycling for us. We’re not interested in setting goals, or doing ‘centuries’ or worrying about cadence. We just want to enjoy ourselves. 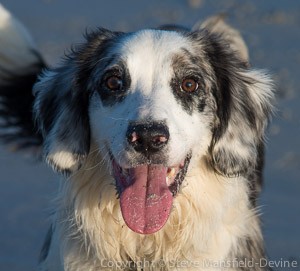 To be honest, we bought the bikes for our dog, Cézanne. He’s a springer spaniel/border collie cross, just 18 months old, and we haven’t so far come up with a way of tiring him out. We do lots of walks on the voies vertes, the former railway lines that have been converted to greenways. There’s hundreds of kilometres of these safe, traffic-free routes around here. But we get footsore long before he slows down. So we figured that having bikes would allow us to go further.

But also, it would allow us to get fitter and enjoy more of the countryside. So we’re going to be slow, recreational cyclists for whom the view is far more important than ‘performance’.

We’ll be posting reviews of the kit we’ve bought (yes, there’s a lot of it) and accounts of our journeys. We hope you’ll join us…